When Rockefeller and Luce bailed on Cinerama in July 1950, those other East Coast investors decided to take a pass as well, and Cinerama Corp. was dissolved in August. After buying out Rockefeller and Luce for a song, Hazard Reeves doubled down — he quite a bit more than doubled, in fact. In September he formed a new corporation, Cinerama Inc., in which Reeves Soundcraft was the principal stockholder, and set about tackling the challenges of moving Cinerama forward. The demonstration screenings at the converted tennis court continued. There were nibbles from independent producer Hal B. Wallis and a consortium of theater owners, but nothing came of them.

In the autumn of 1950 Cinerama got two big bites. Buz Reeves invited Lowell Thomas out to Oyster Bay to have a look; Thomas invited his business manager Frank M. Smith to come along, and Smith in turn invited another of his clients, theatrical producer Michael Todd.

It’s hard to explain Lowell Thomas to people who don’t remember him; even the Library of Congress was at a loss when it came time to classify his memoirs (they finally filed them under “biographies of subjects who don’t fit into any other category”). Born in 1892, he graduated from high school in 1910 and by 1912 (if we can believe Wikipedia) he had three bachelor’s degrees, plus an M.A. from the University of Denver. He worked as a reporter for the Chicago Journal, where he specialized in travel articles, which he expanded into lectures accompanied by motion pictures, thus pioneering (indeed, virtually inventing) the concept of travelogue movies. As a correspondent in the Middle East during World War I, he became world-famous for his coverage of the campaigns of T.E. Lawrence; subsequent lectures in New York and London spread the legend of Lawrence of Arabia. In 1930 he began 46 years of daily radio news broadcasts, first on NBC and later CBS, that made his resonant baritone one of the most familiar voices in America. His famous greeting (“Good evening, everybody.”) and sign-off (“So long until tomorrow.”) became the titles of his two volumes of autobiography. He wrote over 50 books in all, most of them chronicling his incessant world travels (the Society of American Travel Writers has an award named after him). When he became the voice of Fox Movietone News in the 1930s, it was he who lent stature to the newsreel, not the other way around. By 1950 he was one of the most respected men in American media.

Mike Todd (born Avrom Goldbogen in 1909) was also one of a kind, but a lot easier to classify. He was a flamboyant, dynamic showman cast in the mold of P.T. Barnum, mixing the high-rolling pretensions of a Florenz Ziegfeld or Billy Rose with the bumptious chutzpah of a Texas oil wildcatter. “A producer is a guy who puts on shows he likes,” he once said. “A showman is a guy who puts on shows he thinks the public likes. I like to think I’m a showman.” Among the shows with which he sought to please the public were Cole Porter’s Something for the Boys with Ethel Merman; The Hot Mikado, Gilbert and Sullivan in swingtime with an African American cast headed by Bill “Bojangles” Robinson, which opened on Broadway then transferred to the 1939 New York World’s Fair; The G.I. Hamlet with Maurice Evans; and Michael Todd’s Peep Show, a burlesque revue starring stripper Lilly “The Cat Girl” Christine — which, to Todd’s delight, was threatened with closure by censors in Philadelphia. Todd was adept at sweet-talking talent into his shows and even more adept at getting other men to foot the bill. He swung from fortune to bankruptcy and back with the regularity of a pendulum in a planetarium. As his son Mike Jr. remembered, when Todd saw Waller’s demonstration of Cinerama, he turned to an underling and gushed, “This is the greatest thing since penicillin! We’ve gotta get control of it!” (In fact, he never did — but I’ll get to that in its time.)

Lowell Thomas and Michael Todd had little in common beyond an instinct for showmanship and a flair for self-promotion, but they shared an avid enthusiasm for what they saw out in Oyster Bay. They also shared a business manager, Frank Smith, and that was enough for Smith to set up Thomas-Todd Productions Inc., licensed by Cinerama Inc. to produce and exhibit Cinerama movies. Thomas and Smith put up most of the money; Todd got stock in the corporation but, not surprisingly, didn’t put up any of his own money — his main contribution was to be his talent as a showman. In a parallel development, Cinerama Inc. had its initial public offering on the New York Stock Exchange in January 1951. 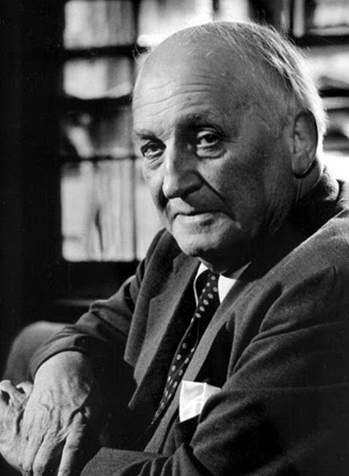 Also in early 1951 Thomas-Todd, or so the story goes, approached documentary master Robert Flaherty to direct the first Cinerama picture. Flaherty reportedly agreed, but he died in July ’51 as shooting was about to begin, leaving behind no notes or records to indicate what, if anything, he intended to do with Fred Waller’s process. This put Thomas and Todd back at square one.
Anyhow, that’s how the story goes. Thomas Erffmeyer, in his history of Cinerama, says that “after weeks of indecision,” Thomas and Todd decided to take a crew to Europe and film a variety of festivals and tourist events going on there that summer. But that doesn’t entirely make sense. Thomas, Todd and a crew of 11 set sail on July 25, only two days after Flaherty died. So either they threw the expedition together with dizzying swiftness, or they had been planning it all along, regardless of what Flaherty wanted to do. (On the other hand, it’s possible that Flaherty was never involved in the project at all.)
In Europe Todd and his son Mike Jr. filmed a number of sights and events: a gondola cruise through the canals of Venice, a bullfight in Madrid, the gathering of the clans of Scotland in Edinburgh, a performance by the Vienna Boys Choir in the gardens of Schönbrunn Palace. In a major coup, Todd Sr. even talked his way into the La Scala Opera in Milan, where no movie cameras had ever been allowed, to shoot a full-dress performance of the Act I finale to Verdi’s Aida. Back in the States, they filmed a flyover of Niagara Falls and did a Technicolor re-shoot of Waller’s black-and-white rollercoaster demonstration reel. 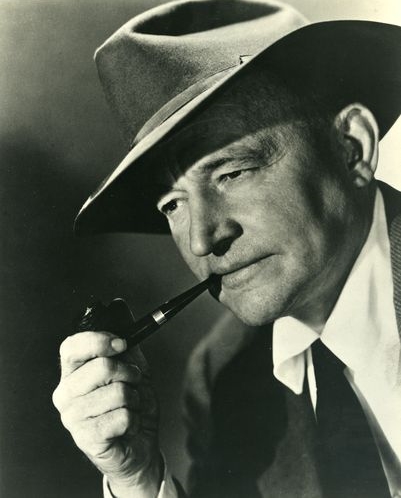 When all this footage was edited together in late 1951, it became clear that there wasn’t enough to make a full feature picture, so Thomas invited his friend Merian C. Cooper to come aboard. Even today, Cooper’s most famous production remains the original King Kong, but he has other ornaments on his résumé too: he was an early investor in the Technicolor process, and he partnered with John Ford on several of the director’s classic films: Fort Apache (1948), She Wore a Yellow Ribbon (’49), Wagon Master and Rio Grande (both ’50), with The Quiet Man (’52) and The Searchers (’56) still to come. Cooper had known Fred Waller in the early days at Paramount, and with that instinct for innovative ideas that made him an early passenger on the Technicolor bandwagon, he’d been following the industry buzz about Waller’s experiments out on Long Island. Cooper biographer Mark Cotta Vaz even suggests that Cooper may have approached Thomas before Thomas approached him: “He was convinced the picture business was in a rut and needed a good shaking up — and Cinerama was just the ticket.”

In any case, there was an ulterior motive in enlisting Cooper: Mike Todd’s presence was becoming increasingly problematic. His domineering bull-in-a-china-shop style was beginning to grate on people. More important, perhaps, Todd’s presence spooked Wall Street. Thomas-Todd Productions wasn’t publicly held, but Cinerama Inc. was, and Todd’s well-known profligacy with other people’s money made investors wary. Then again, there were some ominous attempts by creditors from Todd’s numerous bankruptcies to recoup their losses from one of the Cinerama companies. There seemed nothing for it but to squeeze Todd out. By March 1952 it was announced he’d be taking a “leave” from Thomas-Todd Productions and Cinerama, and in August Thomas-Todd was dissolved, replaced by Cinerama Productions Corporation, with Lowell Thomas as chairman of the board.

Mike Todd’s 14 months on the scene left their mark, however, and not just for his storming the gates at La Scala; nearly the entire first half of what would become This Is Cinerama was supervised either by him or by Mike Jr. In the few years left to him (he died in a plane crash in March 1958), Todd would have his own story about his departure from Cinerama, a sort of you-can’t-quit-me-I’m-fired version. He said his associates at Thomas-Todd and Cinerama Inc. were too conservative and wary of taking chances: “We can’t stay on that roller-coaster and in the canals of Venice forever. Somebody has to say ‘I love you’ some day.” He also thought he could do better than Cinerama’s three-frame picture, and he wasted little time enlisting the services of the American Optical Company to develop the 70mm Todd-AO process, the only one of Cinerama’s many progeny that ever really challenged its supremacy.

But that was still in the unseeable future. Now, with Todd safely out of the way, Thomas and Cooper secured an additional $600,000 to complete their picture. To counteract the largely static footage in all those European sections, Cooper had the Cinerama camera in fairly constant motion for the two long sequences that would make up the second half. First was a colorful aquacade at Florida’s Cypress Gardens (coincidentally, much of the show consisted of athletic young men and nubile bathing beauties cavorting on Fred Waller’s other invention, water skis).

For the grand finale, Cooper hired stunt flyer Paul Mantz to pilot a modified B-25 bomber across the country for a bird’s-eye view of the natural and man-made wonders of America, set to the tune of the Mormon Tabernacle Choir singing “America the Beautiful”. Cooper also took on the task of determining what would go into the feature, and in what order — where others wanted to save the rollercoaster for the climax of the picture, Cooper insisted on hitting ’em hard right out of the gate. Preparations for the premiere proceeded feverishly right up to the last minute — Mantz’s “amber waves of grain” shots weren’t ready for the projectors until just twelve hours before showtime.

And, as we’ve seen, the result was a triumph beyond the dreams of everyone involved. New York Times critic Bosley Crowther, in an unprecedented front-page review, called it “an historic event in the history of motion pictures.” Cinerama, as it was called before This Is was added to the title, became overnight the hottest ticket on Broadway. Everyone in the picture business recognized it at once as a game-changer — much more so, in fact, than they had The Jazz Singer in 1927.

The question on everyone’s lips in the weeks that followed was the same one that Fred Waller, Lowell Thomas, Buz Reeves and their investors were asking themselves: What’s next for Cinerama?