UPDATE 5/6/18: There are still tickets available for Cinevent50’s Golden Celebration Reception on Thursday, May 24, and for the double bill of 3-D classics Gog and The Maze at the Wexner Center at Ohio State — plus, of course, you can register for Cinevent itself any time. Click here to sign up for your Cinevent package (including any souvenirs you might desire: tees, totes, etc.). Oh, and another thing — although the May 1 deadline has passed for the room block at the Renaissance Downtown, the special Cinevent rate of $129/night (plus taxes and fees) can still be had at the nearby Crowne Plaza Hotel. This rate will be available only until Friday, May 11. You can book your room by calling (877) 283-1700; be sure to request the Cinevent Block (or, if you register online, use Block Code CIN). Hurry, you don’t want to miss the fun!

Cinedrome readers will remember, I’m sure, that I’m an enthusiastic booster of Cinevent, the Classic Film Convention held every Memorial Day Weekend in Columbus, Ohio. Every year for some time now I’ve reviewed the weekend after the fact, and I will again, but I’m writing about it beforehand because this year Cinevent is celebrating its 50th Anniversary, and I think it’s going to be an occasion not to be missed. Every year I urge readers to check out this friendly, intimate gathering of classic movie lovers. If you’ve been thinking, “Well, maybe one of these years…”, this would be a good time to start. 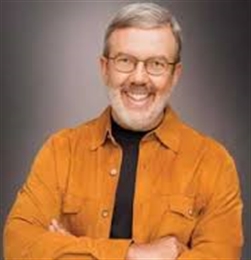 The convention’s special 2018 guest will be Leonard Maltin, who surely needs no introduction. Mr. Maltin will be there to launch his new book Hooked on Hollywood: Discoveries from a Lifetime of Film Fandom. He’ll also be at the “Golden Celebration Reception” on Thursday evening, May 24 (available for an extra fee to attendees), and will introduce the Saturday afternoon screening of the Jack Benny comedy The Meanest Man in the World (1943).

Leonard Maltin won’t be the only distinguished author in attendance this year. Scott Eyman has long been a Cinevent regular, and he returns this year; his The Speed of Sound: Hollywood and the Talkie Revolution 1926-1930 is the indispensable book on the transition to sound, and his biographies of John Wayne, Cecil B. DeMille, Louis B. Mayer and John Ford (to name just a few) are the next best thing to having known them personally. Scott’s latest book is Hank & Jim: The Fifty-Year Friendship of Henry Fonda and James Stewart, and I plan to ask him to sign a copy for me. (There’s also a tantalizing event on Saturday afternoon’s agenda: “Maltin & Eyman conversation moderated by Caroline Breder-Watts.” I can’t wait to eavesdrop on that little chat.)

Richard Barrios attended his first Cinevent in 2017 and he’ll be back this year, hopefully to become, like Scott Eyman, a regular himself. His books include A Song in the Dark: The Birth of the Musical Film and Dangerous Rhythm: Why Movie Musicals Matter, and he’ll introduce the Friday evening screening of George M. Cohan in The Phantom President (1932).  ‘Nuff said. 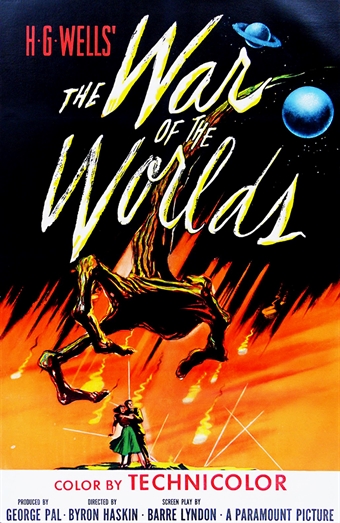 The film program this year looks awfully tempting too. For starters, I’m pleased to see that my wish last year to see George Pal’s 1953 production of The War of the Worlds has been granted. Not because I wished it, mind you, but because this picture was a particular favorite of the late John A. Stingley (1947-2007), one of Cinevent’s founders. All three founders — the other two being John H. Baker (1909-98) and Steven E. Haynes (1947-2015) — will be saluted this Golden Anniversary year with screenings that would have been to their own especial liking. Steve Haynes’s tribute will be a showing of the 1920 William S. Hart western The Toll Gate. For John Baker, whose greatest enthusiasm was for jazz films, the tribute will be a program of jazz shorts hosted by Columbus radio/TV personality Frederick C. Peerenboom, aka Fritz the Nite Owl. 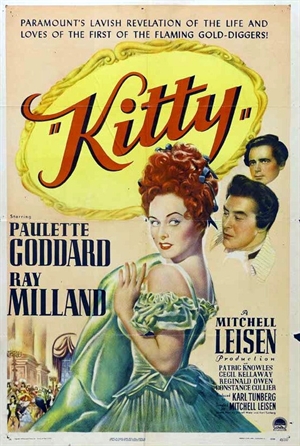 Sunday morning will bring Kitty (1945) with Paulette Goddard and Ray Milland. Cinedrome readers will recognize this as one of my own particular favorites — Paulette Goddard’s finest hour, and an elegant piece of cinematic sleight of hand, turning the unfilmable-in-1945 story of a 14-year-old nymphomaniac Cockney hooker into an uncredited adaptation of George Bernard Shaw’s Pygmalion. (See my 2013 post on Kitty for the juicy details.)

Late Saturday night it’s Three Little Girls in Blue, 20th Century Fox’s third retread of Three Blind Mice, the tale of a trio of impoverished sisters who pose as a wealthy heiress and her servants, in hopes of landing rich husbands. This one stars June Haver, Vivian Blaine and Vera-Ellen as the golddigging sibs, and it’s probably the best Fox musical that didn’t involve Betty Grable, Alice Faye, Shirley Temple or Rodgers & Hammerstein. (Sorry, you fans of Marilyn Monroe singing “Diamonds Are a Girl’s Best Friend” in Gentlemen Prefer Blondes. Not even in the same league.) Three Little Girls was also the source of two deathless standards that almost everybody knows but almost nobody knows where they came from: “On the Boardwalk (in Atlantic City)” and “You Make Me Feel So Young”.

These are just three highlights for me. There will be, as always, something for every Golden Age movie buff. Besides the titles already mentioned:

♦  Dreamboat (1952), with Clifton Webb as a stuffy college professor trying to live down his days as a silent-screen heartthrob, and Ginger Rogers as the former co-star who won’t let him;

♦  a midnight showing of the 1935 cult curiosity Murder By Television with Bela Lugosi;

♦  the supernatural B-western murder mystery Riders of the Whistling Skull;

♦  the Republic serial The Masked Marvel, about the pursuit of Japanese saboteurs in the darkest days of World War II, all 12 chapters strewn here and there throughout the weekend.

And more — including a Wednesday evening-before-the-convention screening at the Wexner Center on the Ohio State campus of the 1953 3-D thrillers The Maze and Gog (like the Thursday evening Golden Celebration Reception, available at an extra charge).

If you’re not already registered for this year’s Cinevent, you’ve missed out on the Early Bird discount — but it’s not too late. Click here to register — and don’t let any grass grow under your feet. The Golden Celebration Reception, 3-D double feature, and special Cinevent room rate at the Renaissance Downtown Columbus Hotel will only be available through Monday, April 30.  I said it before and I’ll say it again: If you’ve read any of my annual posts on Cinevent and thought it might be something you’d like to try sometime, now is the time to take the plunge.

I hope to see you there. Don’t forget to say hi.