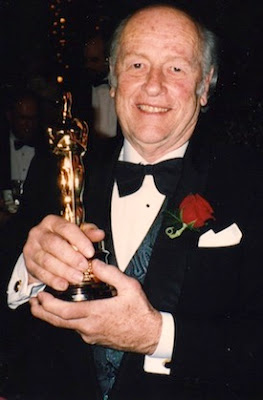 It has just come to my attention that Ray Harryhausen died Tuesday
at his home in London. In this day and age when nearly all movie
special effects are created by people sitting at computer consoles,
the process of stop-motion animation that he mastered — filming
three-dimensional models one frame at a time, making infinitesimal
movements in between by hand — has become too expensive, slow
and time-consuming to survive. Still, all those graphics programmers
sitting at all those consoles most likely grew up on Harryhausen
pictures like Twenty Million Miles to Earth, The 7th Voyage of Sinbad
and Jason and the Argonauts — and grew up wanting to make
movies just like them. In his modest, unassuming, never-getting-
into-the-history-books way, Ray Harryhausen may have been
one of the most influential moviemakers of the last half century.

I did my own tribute to Harryhausen nearly two years ago,
singling out two of my favorite Harryhausen pictures for a
blogathon on 1950s monster movies hosted by Forgotten
Classics of Yesteryear. It was called “Catching Some Rays”
and you can read it here. For now I have nothing more to
add to it except to say Thank you, Ray Harryhausen, and
flights of creatures sing thee to thy rest.
.