“”Silent movies are the only art form to be discovered, embraced and discarded by a single generation.”

I wish I could claim credit for that keen insight, or failing that, could remember where I read it. (Was it in Scott Eyman’s The Speed of Sound? I’ll have to check.) Part of the keenness is the perception that what we now call “silent movies” (at the time nobody called them silent; they were just movies) are in fact a distinct art form. They’re not merely movies before they figured how to do the sound part, because for at least five years before The Jazz Singer, they knew how to do the sound. It’s just that nobody, including audiences, figured it was really needed — until the personality of Al Jolson showed them something ordinary movies couldn’t do. (And by the way, it wasn’t The Jazz Singer that nailed the coffin shut on the silent era, it was Jolson’s next part-talkie The Singing Fool. But that’s another story.)

I know some people are turned off by silent movies. I can’t say I have much respect for that attitude — to me it’s like refusing to watch Citizen Kane or Casablanca because they’re in black and white, or because all the sound comes out of one speaker — but I understand where it’s coming from. Silent movies demand your undivided attention; you can’t take your eyes from the screen for a nanosecond or you’ll lose the thread of a story that’s being conveyed in purely visual terms. King Vidor used to say that you couldn’t buy popcorn, soft drinks or candy at movie theaters before the coming of sound for that very reason.

The folks at the Kansas Silent Film Festival in Topeka understand and appreciate this, and they celebrate it — so I’m here to celebrate them.

In a way, the rediscovery of silent movies is a byproduct of home video. Historians like Kevin Brownlow and William K. Everson had been carrying the torch for years, with good results. But with home video, it was finally possible for anyone to watch a silent movie with an orchestral accompaniment, and without seeing it sped up from 16-18 frames per second to 24, which could make even the best silent look a little comical if you weren’t able to make allowances (and even if you were, it only added to the effort of watching). At last we could see The Big Parade or Greed or Ben-Hur exactly as audiences saw them in 1925; all that was missing was the experience of a 20- or 30-foot screen and a large audience in a 1,000-seat auditorium. Festivals like the KSFF supply that.

I’m ruefully surprised that it took me 14 years to learn about the KSFF, but now that I’ve found it I plan to be back. It’s free to the public (donations gratefully accepted), and the public responds. Not only in Topeka, but all over the country: at the banquet before Saturday night’s screening of 7th Heaven there were people who hailed from California (yours truly), Colorado, New Hampshire, New York — and those were just the ones who spoke up. Most heartening was the number of young people in the audience at all the screenings. I don’t mean just “younger than dirt,” I mean college, high school and elementary school age. 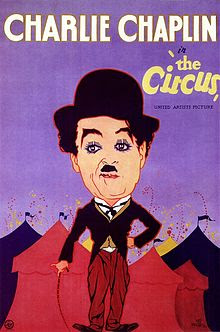 The screenings are a mix of 16mm and digital projection,
nearly all with live accompaniment. (The sole exception
this year is Chaplin’s The Circus, which followed the Chaplin
family’s preference for the “new” score Chaplin composed
for it in 1967). There’s variety in the accompaniments:
sometimes a piano, sometimes a theater pipe organ (both
with and without percussion), and sometimes (a special treat)
the Mont Alto Motion Picture Orchestra. I’ve always wanted
to get to the famous silent film festival in Pordenone, Italy;
until that day, the KSFF will keep me happy. Besides,
it’s free, and I can speak the language.
I have more to say about this year’s festival,
but it’s getting late and I have to get to bed.
I want to be fresh for Wings
tomorrow afternoon.